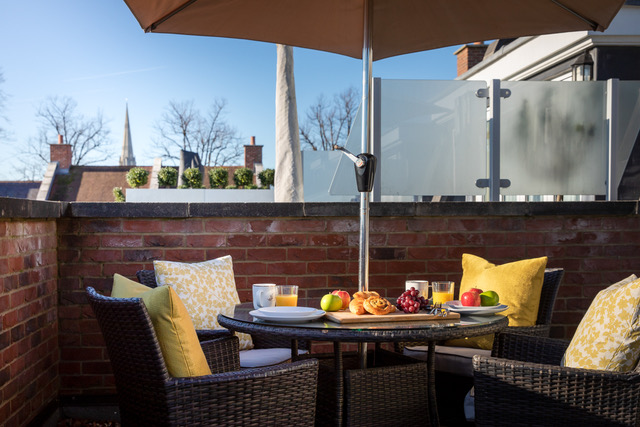 Sussex is home to many historical sites and natural beauty. From the Roman Palace and Gardens in Fishbourne, to the medieval castle in Lewes, to the long stretch of the wildlife of the South Downs, there is plenty to talk about when immersing yourself in Sussex history. Less widely known, are the stories of some of Sussex’s local products which have their own rich histories and traditions.

History of The Sussex Trug

The Sussex Trug is one of those products which has been a part of Sussex history for almost two centuries. The Trug was developed from a design of a ‘trog’ meaning ‘boat-shaped vessel’ and was used by the Anglo Saxons as far back as the 1600s. The trog was originally used in multiple different sizes as a measuring tool to weigh grains and liquids, but their uses were prohibited due to their weight.

These original trogs were redeveloped in the 1800s by Thomas Smith who determined that the same style of basket could be used, but in a lightweight material to make them highly functional for use in farms and gardens. There are claims that these trugs were made by other families in Sussex prior to Thomas Smith but this remains unproven due to a lack of a written record. The story of Thomas Smith is one that has passed down through the ages and remains the best account we have to date.

Thomas Smith, who hailed from Herstmonceux in Sussex originally, made the newly invented Trug out of sweet chestnut wood and cricket bat willow wood. Both kinds of wood had attributes that made them perfect for use in creating a lightweight basket. Sweet chestnut is a hardwood, resistant to rot and solid in its properties, making it a good material for use as a frame for the basket. Cricket bat willow is a lighter wood which is malleable, making it the ideal complement to the hardwood frame, resulting in an overall lightweight basket.

These baskets were seen all over Sussex in the early to mid-1800s. They were used in fields, farms and gardens to collect and carry crops. Their lightweight features and durability made them an excellent choice for harvesting and weighing produce for farmers for many years and their production continued successfully throughout that time.

It was in 1851 when Thomas Smith and his Sussex Trug became world-famous. In an exhibition in London, his trugs caught the eye of Queen Victoria who reigned from 1837 to 1901. She put in an order for the trugs for members of the royal family and later, Thomas Smith was awarded a Royal Warrant meaning that the Sussex Trug was now officially coined the Royal Sussex Trug. After the late Queen gave her seal of approval, the Royal Sussex Trug found its way onto the global marketplace to be used in many locations far beyond the realms of Sussex.

To this day, Sussex Trugs are still being produced locally, albeit in a different manner. Top-quality birch is now used as the primary wood for the basket which is softened in boiling water and then bent and manipulated into position. They are almost completely hand made as they always were and are now exported all over the world. Though their uses in agriculture are far less than they once were, the Sussex Trug is still a useful item for gardeners, and a beautifully handcrafted piece of tradition to have as a talking point.

At Simple Getaway, we aim to keep this local Sussex tradition alive. For each home that we manage, we supply our property owners with their own Sussex Trug to display in their holiday let. Just a small appreciation for our property owners, guests and the beautiful historic county in which we live and work!